How Much Should Be Invested in Stocks? 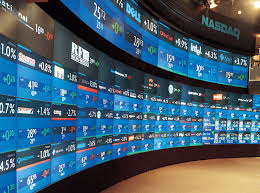 There are 3 major factors to consider when contemplating your asset allocation: timing, risk tolerance, and to a lesser extent, valuation. This question is on people’s minds no matter what the stock market is doing. I get asked this question as the market pushes to new highs, when the market is coming down, and after the market has declined by 20% or more.

Setting aside the interesting psychological and behavioral dynamics driving people to ask this question, let’s focus on how to best answer this for your own situation, assuming we are choosing between stocks and bonds/cash equivalents.

When will you need the money for spending? Because money invested in stocks fluctuate, you don’t want to be forced to sell when values are low. For that reason, any amount you are planning on spending in the next two to three years should definitely not be invested in stocks. Long-term (10 or more years), stocks typically perform better than other investments, making them a great choice for money that won’t be spent for extended periods, such as retirement or leaving a legacy.

Worth noting is that the date people retire is not when their money will be spent. The average 65-year-old American male will likely live to age 83 and female to 86. That means spending for 18 years, on average, for a male who also needs to avoid running out of money in case of an extra long life. There is a 15% chance of living to age 92 or needing money to last for 27 years.

It is sometimes important to consider the time horizon for the money separately from the owner. For example, if someone is 90 years old and has $10 million, but spends $100,000 a year, it can be perfectly reasonable for the majority of assets to be invested in stocks consistent with the beneficiaries intended use of the funds and associated timing.

How much can you watch the value of your investments decline without being overcome by fear and selling your stocks? Because you don’t want to sell when markets are depressed, it’s helpful to answer this for yourself, set the expectation, and stay calm (not sell) when markets are going through a rough patch.

Taking the financial crisis as an extreme period of stock market losses, the S&P 500 roughly dropped by about half from top to bottom. Therefore, if you can tolerate a 30% decline in your portfolio without selling stocks, your stock allocation can be 60%. I like to think of a target allocation in these terms, even though the true risk people experience is that they won’t have money when they need it, not that their account value varies during interim periods. Considering that inflation eats away at the spending power of money, it’s important to have a fair amount of long-term assets invested in stocks.

For most people’s long-term assets, the range for stocks will fall somewhere between 40% and 80%. At the low end, I suggest at least 40% of stock exposure is needed to protect against losing value from inflation. The temporary loss in a 40% stock portfolio would be 20%, which most people can tolerate. At the high end, say for people with retirement 30 years in the future, it is helpful to have some (say 20%) funds available to buy more stocks when stock prices get depressed.  However, investors with much more money than they are likely to spend can reasonably have 100% in a stock portfolio. As an extreme example, someone with $50 million whose dividend and/or other income more than pays their bills can reasonably have 100% in stocks if they don’t get panicky and sell watching $50 million temporarily turn into $25 million, for example, on their financial statements.

Once you have your target asset allocation, let’s say it is 60% in stocks, you can certainly stay with that and rebalance around that number after significant market movements. Right now, the market is trading close to its average annual earnings multiple, arguing for staying on target. However, for those who feel the market is peaking and want to take action, it is best not to move completely in or out of stocks because market timing is extremely difficult. For example, when the S&P 500 index fell nearly 20% in December 2019 from its previous high, anyone who sold in December missed the unexpected rally that followed in January and February.

Nevertheless, for those who now feel the market is expensive and vulnerable, I suggest going below your target stock allocation by 10% from say, 60% to 50%. This helps satisfy your desire to act while keeping you generally on track toward your long-term objectives and associated investment plan. Similarly, when the market is low, the portfolio could go above the target by 10% and then readjust when valuations normalize. Taking this smaller step is likely going to be better in the long-run than jumping all in or out of the market at various times.

Consider your answers to the above three factors to help determine the amount of stocks that is right for your situation. These generalizations don’t necessarily consider all relevant factors for your unique circumstance. If you want help managing your investments or creating a financial plan, contact me at jb@fintegrity.biz to schedule an appointment.